The three most famous volcanoes of Italy are all in the vicinity of the same convection division line: 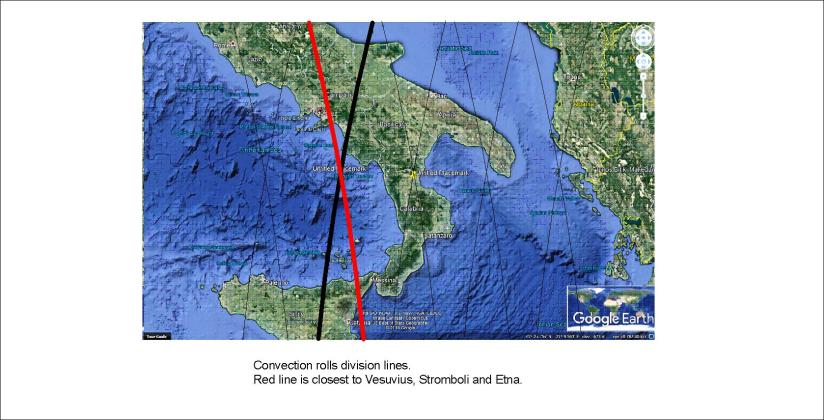 This gives us the opportunity to think about the difference between Vesuvius and Etna. It is common knowledge that Etna is located at the border line where the African tectonic plate slides under the European one. The ascending mantle underneath can then send lava up through the crust resulting in eruptions.

Note that this analysis changes nothing about traditional geology. But it becomes easier to understand if the convection rolls under the tectonic plates are taken into account.

And just to emphasize that this is calculated, based on sophisticated analysis, let us compare directly with local vector. 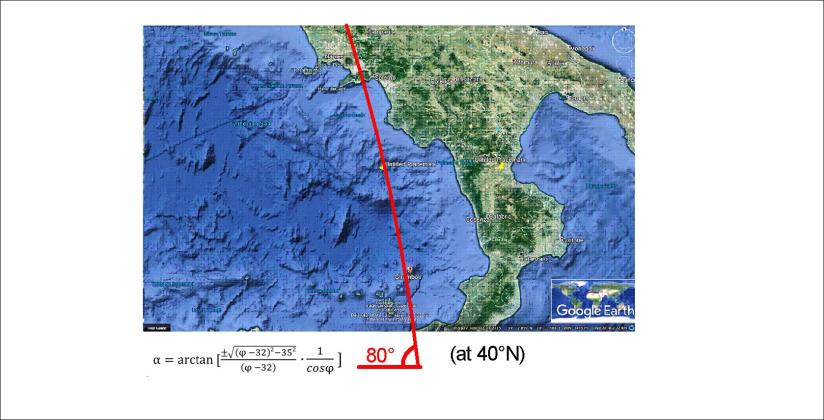 This is how these volcanoes are connected within the mantle. This is calculated in the same way as for the tectonics and location of volcanic and geothermal sites in Iceland.