The exhibition of Magic magma has been put up at the Information center of Thorlakshofn.

The exhibition is based on this poster: 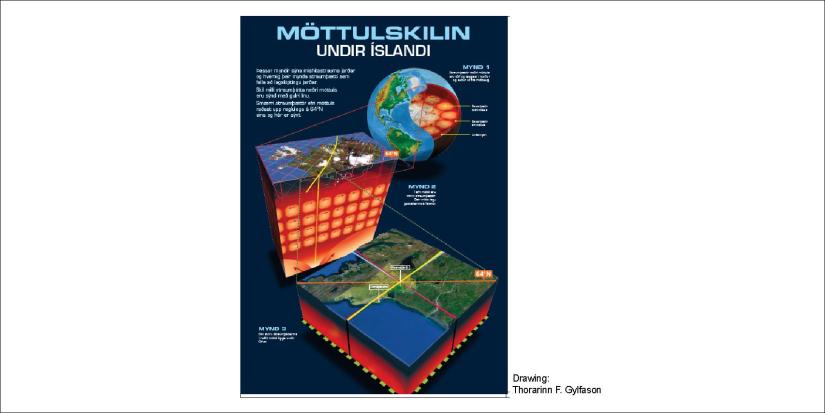 The exhibited objects show the inner structure of Earth and the convection layers under Iceland. It begins with the Earth, cut along equator: 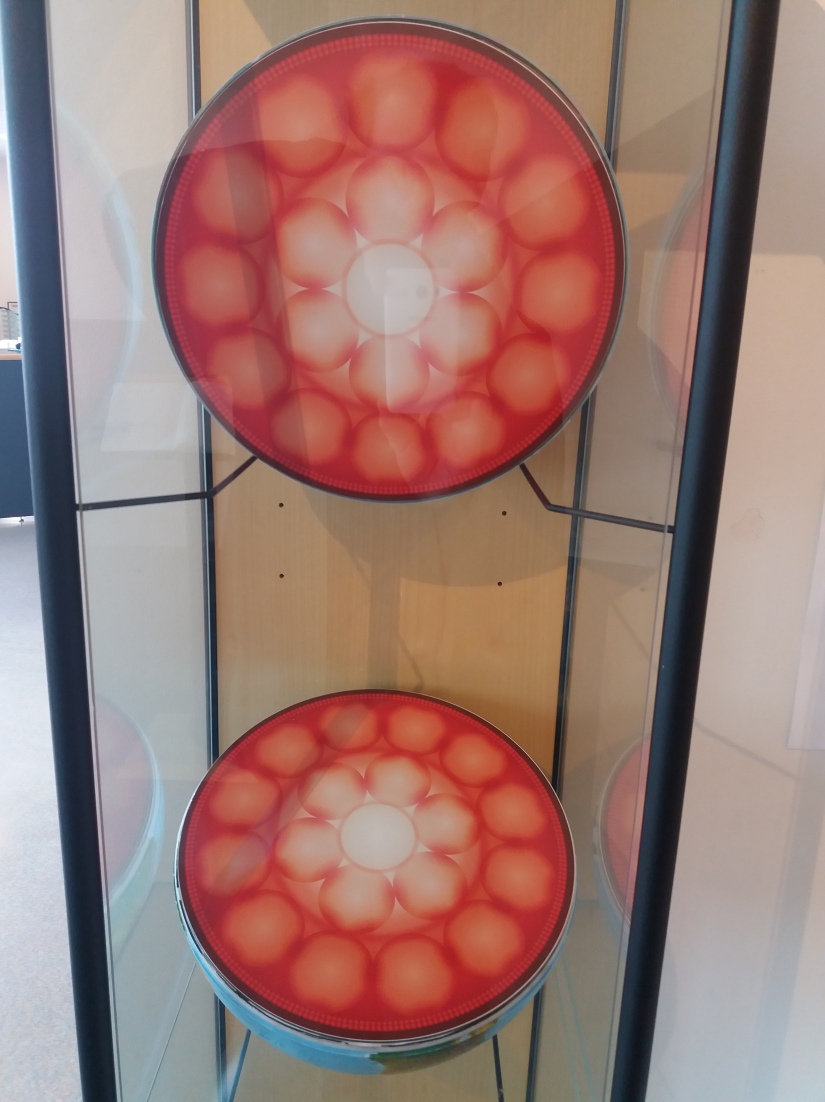 This regular system fits into Earth’s layers. There it can be seen how the landmass is arranged along equator compared to the convection cell system.

Then we look into the layers under Iceland: 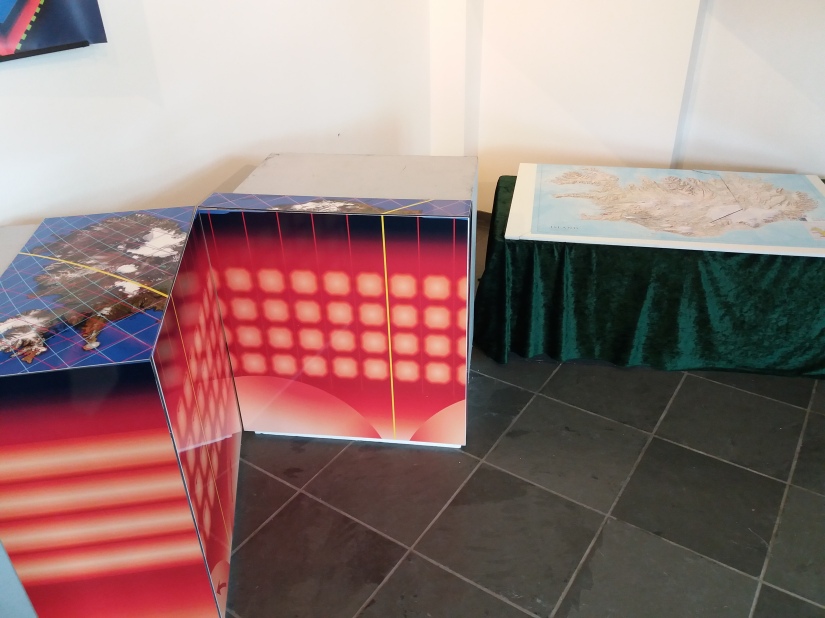 It is cut open along 64°N to show the special conditions there. Along this latitude, the convection cells are arranged regularly directly above each other. The mantle division line from SW to NE is marked clearly.

On the small model below, the mantle division line (yellow) and the division between the tectonic plates (black) are marked in for comparison. 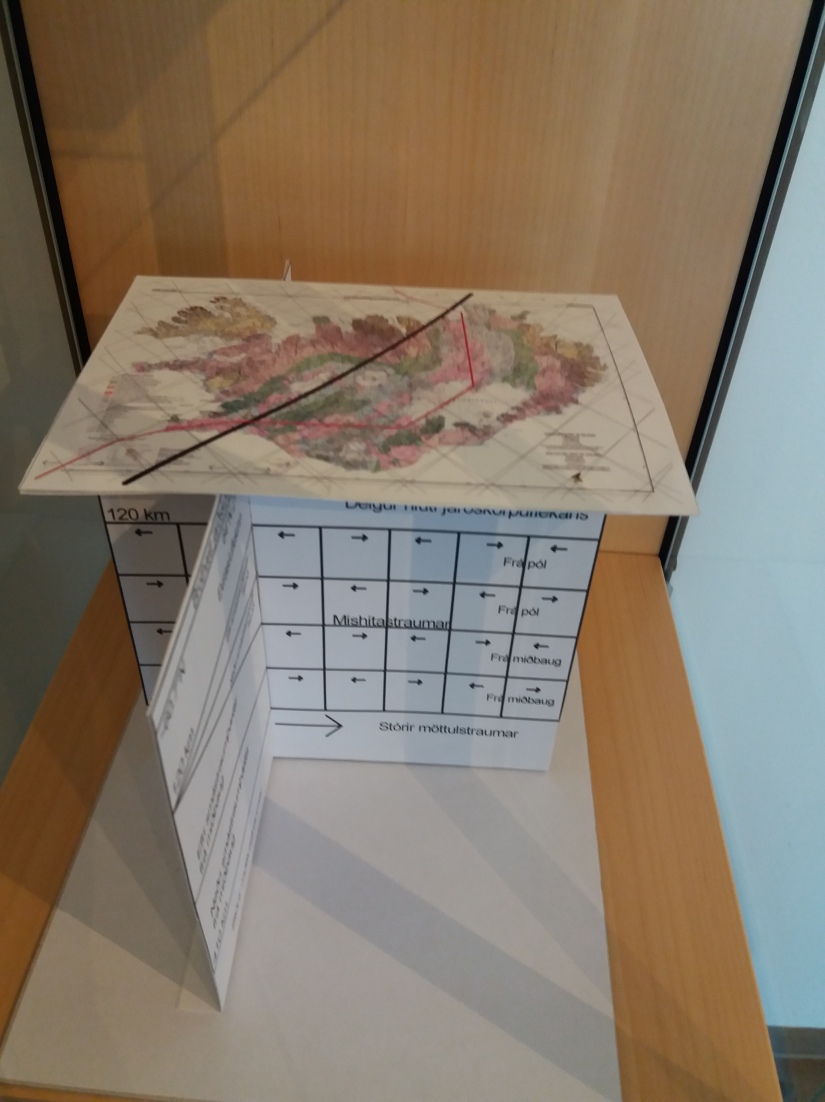 The poster I did show on GEORG in November 2016 is exhibited. Under it is the main essay where the details of relevant data, physics and calculations are explained. 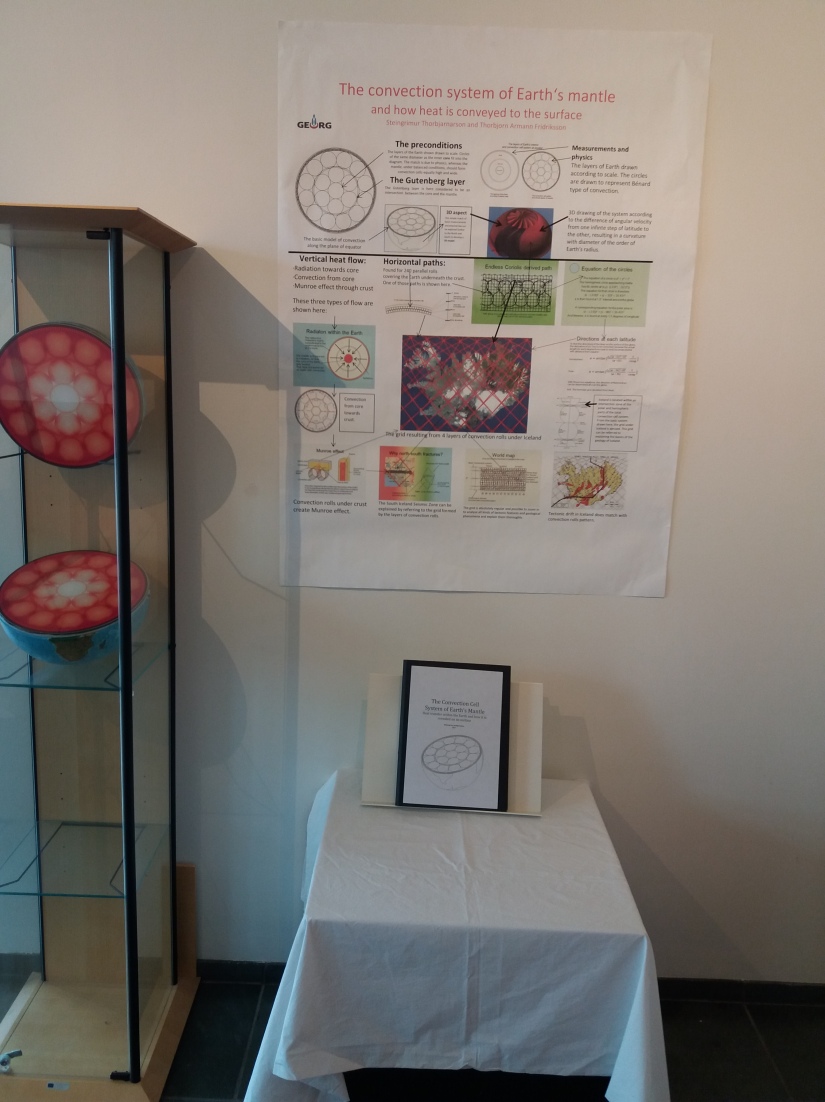 And into the details:

These three objects lead us closer to the local surroundings.

For local interest, a special map is added with the South Iceland Seismic Zone explained:

The polygon forming the main earthquake zone is sawn out, to show clearly how the tectonic drift exerts pressure on it.

The report on the mapping, in which I participated, of the South Iceland Seismic Zone is found at the exhibition. 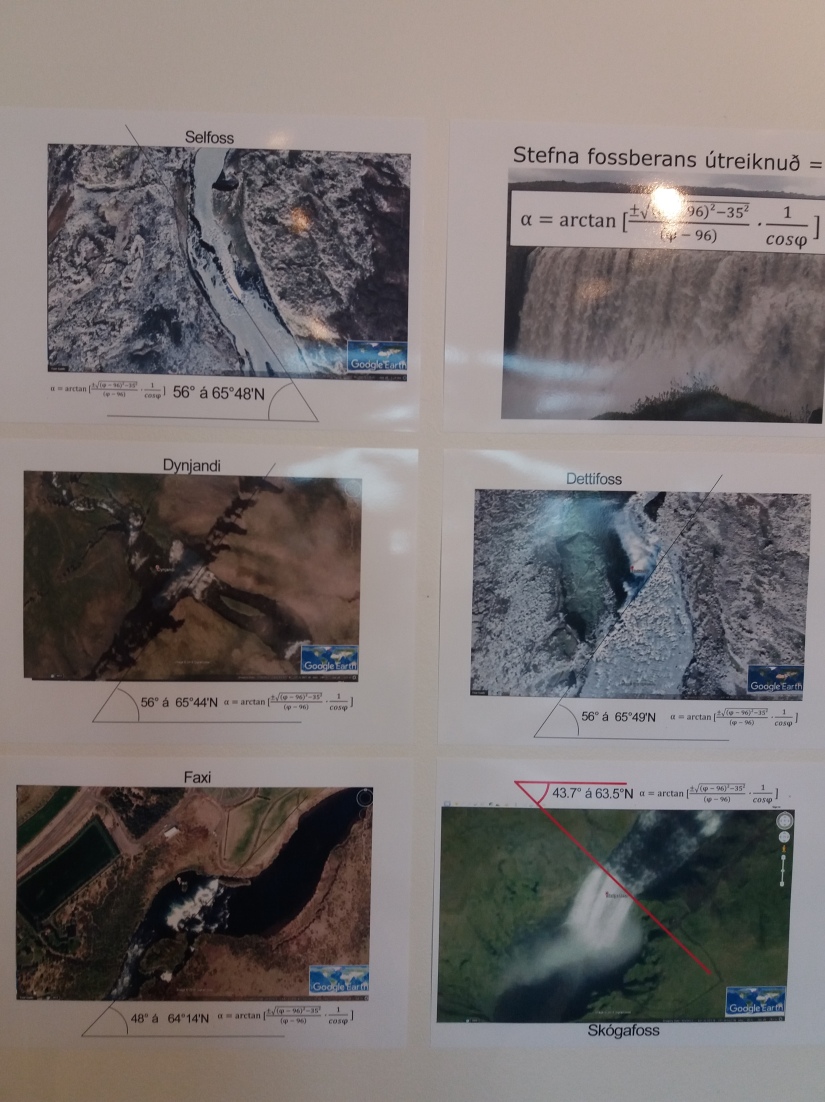 Several pictures are exhibited, showing how famous waterfalls are aligned according to the convection rolls underneath. The waterfalls Dynjandi and Dettifoss are almost on the same latitude and are directed the same way. 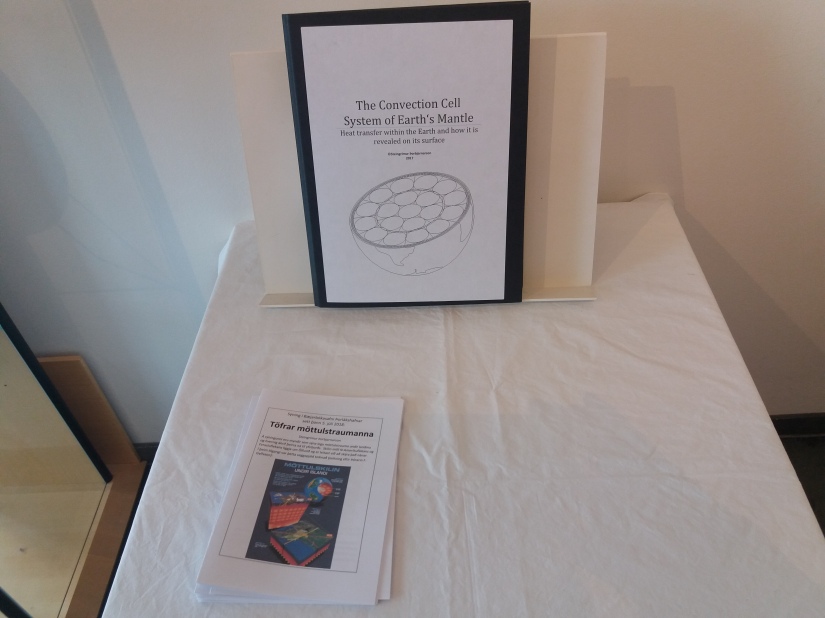 An essay about the convection cell system is available for those who want to know more about the background.

Visitors are asked to sign their names here. In Icelandic, the exhibition is called Töfrar möttulstraumanna, which means The magic of magma currents.