This Google map shows the waterfall’s context with EW axis and the volcanic zone direction:

To see it closer: 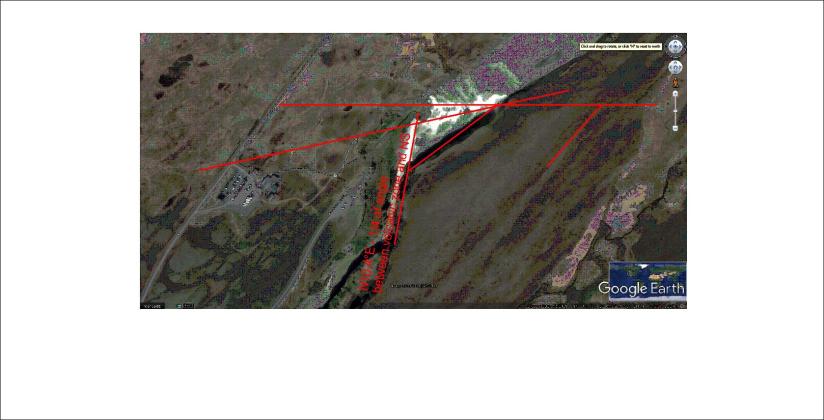 The calculated values of tectonic directions show the details of the three main alignments of the waterfall.