As can be seen on this map, two lines are found between Akureyri and Húsavík. The one extending from south of Akureyri towards Skjálfandi Bay just west of Húsavík is the main division line of the lower mantle. It is also the division line of upper most convection cells. These two towns can therefore be introduced as being close to the mantle division line, just like the towns Þorlákshöfn and Hveragerði in the southern part of Iceland. 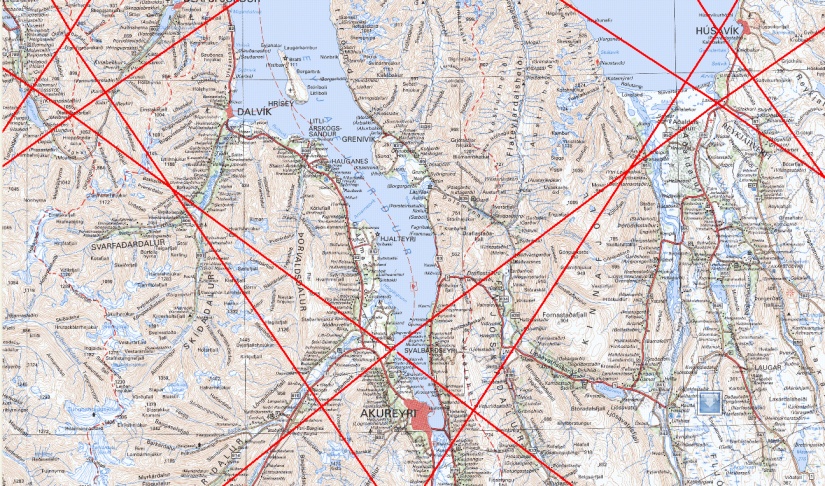 As there are four layers of convection rolls below Iceland, four sets of division lines appear on the map. This rises the level of complexity, so that those not aware of the layering can not understand the map. Therefore an exhibition was prepared, so the 3D perspective of the layers could be visualized. 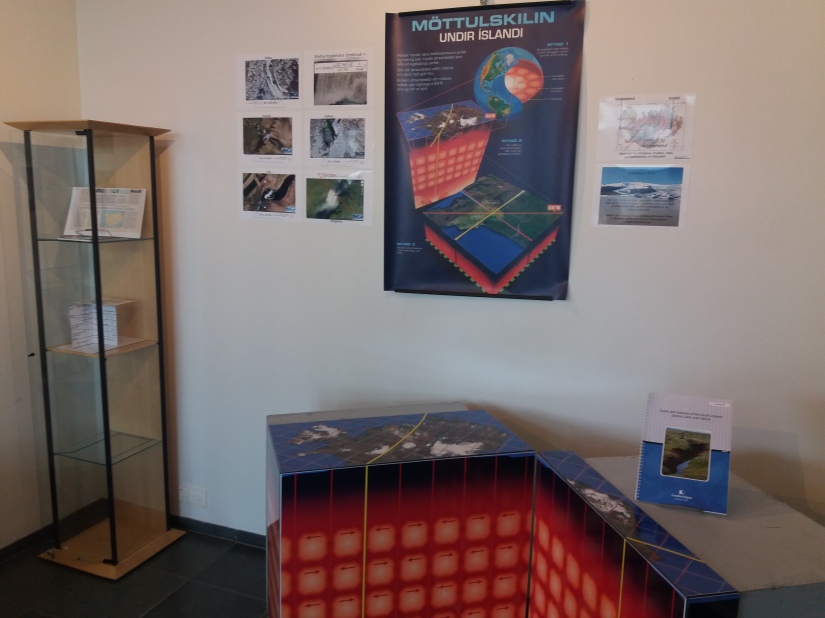 Each layer is orianted differently, so sets of lines leading to four different directions appear on the surface.