The two obvious volcanic spots of the globe, Hawaii and Iceland, are located on two of the main upwelling lines between convection rolls of the lower mantle. 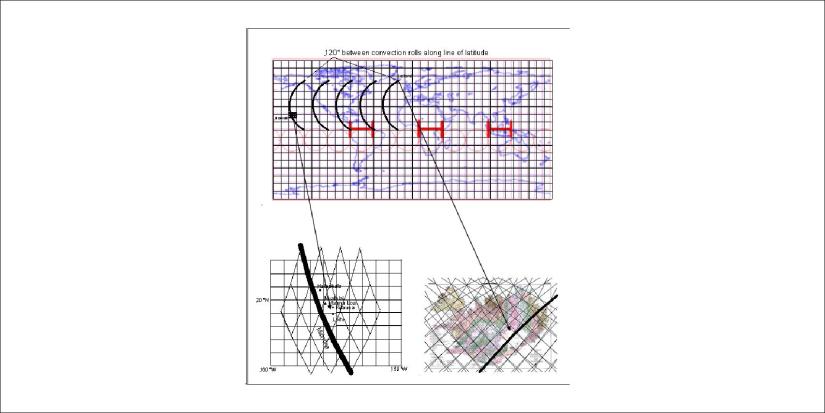 On these small drawings it is pointed out how polygons along the main division lines are regarded as the center of the hot spots. Actually, the hot spots have to be understood by referring to the relevant division line between convection rolls.

Here it is shown that the lines of Hawaii and Iceland are exactly 120° apart.

The reason for the arch-like shape of the convection rolls is that moving objects can not flow directly on the rotating Earth. A moving particle travels along a circular path, as can be seen on weather maps. Now, when the mathematics of the relevant path of mantle currents are known, geology will never be the same again.

Actually, it has been noticed that compared with Earth’s center, Hawaii and Iceland form 90° angle.