The Skjálfandi Bay is the most famous whale watching area in Iceland. Two rivers flow into the bay, providing nutrients for the whales. The tectonic framework is typical for the north of Iceland, a dominant NS-framework. 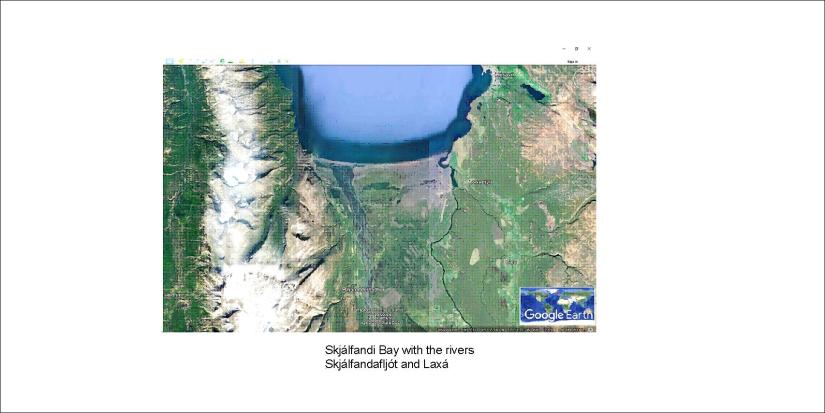 The framework is so obvious that there is no need exaggerating features by drawing the relevant lines on the Google map. The arrangement is clear. Note the feature aligned SE-NW in the upper corner to the right. This is the fault at Húsavík, an important part of the division of the tectonic plates of N-America and Eurasia.

The basic settings can be explained on a map base from the organization of Náttúrufræðistofnun: 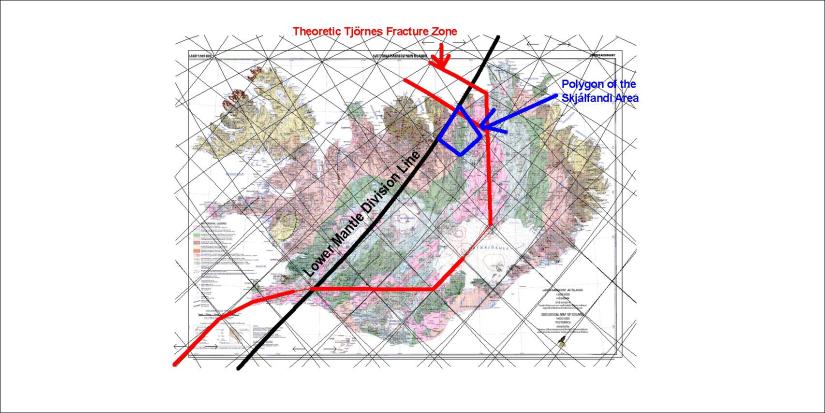 The area from the Google map is found within the blue polygon. The symmetry within the mantle is reflected by symmetry on the surface. The main Lower Mantle Division Line does cross the Tectonic Plate Division Line within the Skjálfandi Bay just outside the town of Húsavík. The division line is double or even triple, so another crossing is found in the Öxarfjörður Bay. Together these lines form the Tjörnes Fracture Zone.

the name Skjálfandi Bay can be translated as Tremble Bay or Earthquake Bay, because it is located within the fracture zone where earthquakes are quite common.

To be more precise, we can add the exact calculation for the Húsavík Fault: 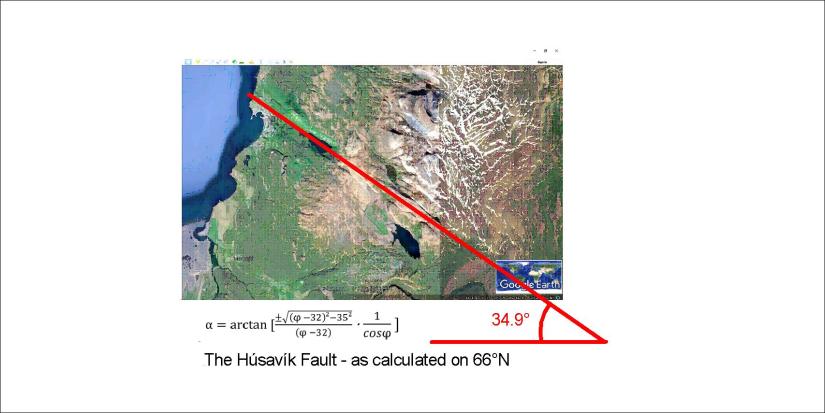