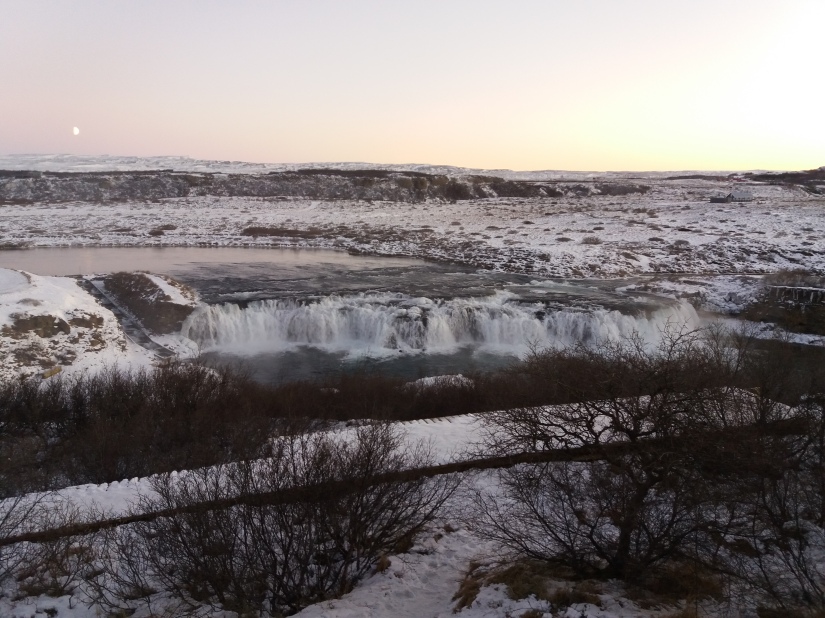 Faxi is not far from Gullfoss and Geysir and has been seen by many on the so called Golden Circle Tour. Again, the alignment of the waterfall is a curiosity. The river Tungufljót makes a turn and forms a waterfall over the cliffs almost in the opposite direction of the river. This feature can be calculated, as the cliffs follow the orientation of convection rolls. This is best shown with a Google map and the relevant drawing and formula:

The direction is N42°E, as the drawing shows E48°N according to the direct result of calculation (with ϕ=64.22).

This could be a coincidence, but many identical results makes it less likely. Just compare this with a former post about Dettifoss (with ϕ=65.80):

The same formula applied at these different latitudes marks the alignment of both waterfalls!