Dettifoss is the most powerful waterfall of Europe. The settings can be described as such: The river Jökulsá á Fjöllum does flow northwards, as the north volcanic zone of Iceland is aligned north-south. The edge of the waterfall is aligned N34°E. Why?

According to this analysis, Dettifoss is on the same line as the volcano Hekla! Here you see the waterfall and the relevant rift:

From above it looks like this on Google map: 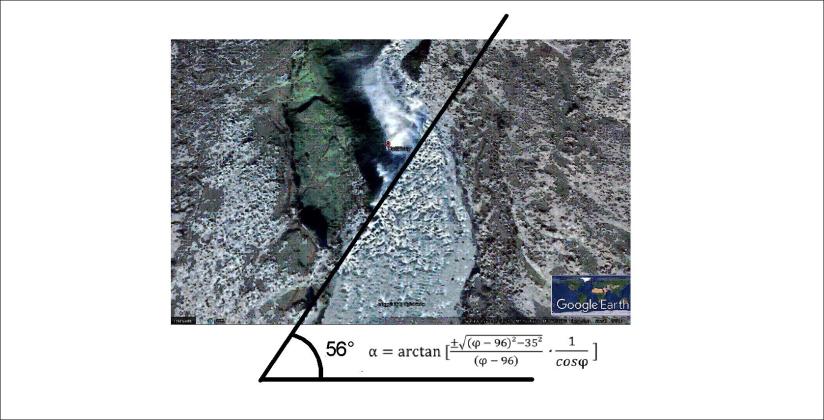 The manifestations of how the magma currents shape the surface are endless!

Just to show the amazing possibilities this gives us to understand the environment better, just have a look at the other two waterfalls in the area, Hafragilsfoss and Selfoss.

Hafragilsfoss is directed in exactly the same way as Dettifoss. It is easy to understand as the main upwelling division line of convection rolls passes through this area and is exactly oriented in the same direction.

But underneath there is another layer of convection rolls with opposite orientation. The next waterfall above Dettifoss is Selfoss, and the alignment of its edge can also be calculated!

It is all the same formula showing us all this. These calculations can of course be utilized for many purposes once this method becomes common knowledge.

Just to clarify this further, the position is shown on the map from Náttúrufræðistofnun and Orkustofnun. 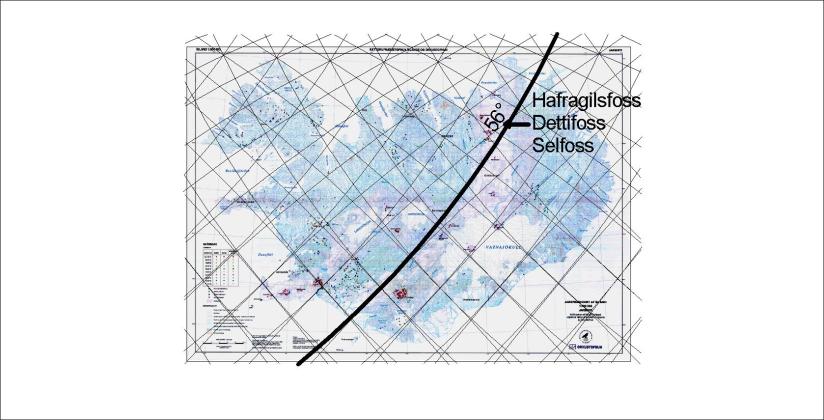 Being found along the continuation of the line of Hekla, with the correct alignment, it is a good example of how the convection cell system works. 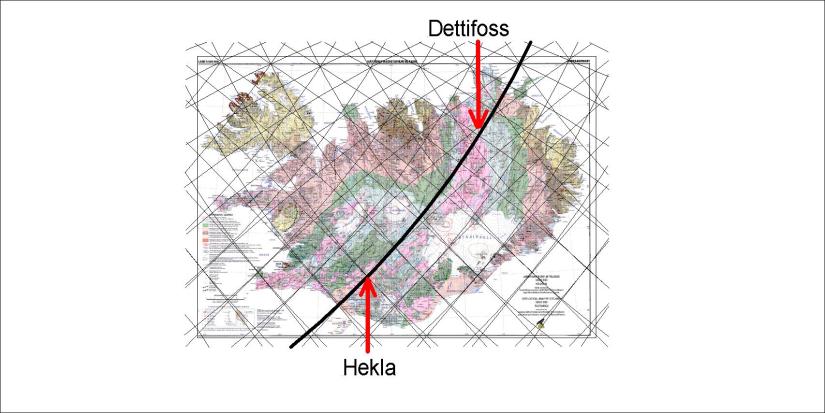 The ruling convection rolls division line extends from Hekla to the vicinity of the three waterfalls. Mathematics explain it all!