It is a new approach to geology that the main tectonic directions of the globe can be calculated. No longer every detail has to be found out in the field, because the calculations can give guidance with accurate predictive data.

To show how this work, Langisjór in Iceland is a good example. The calculated grid of the surrounding areas of Iceland looks like this on the base of a GIS map where the degree is the base of length: 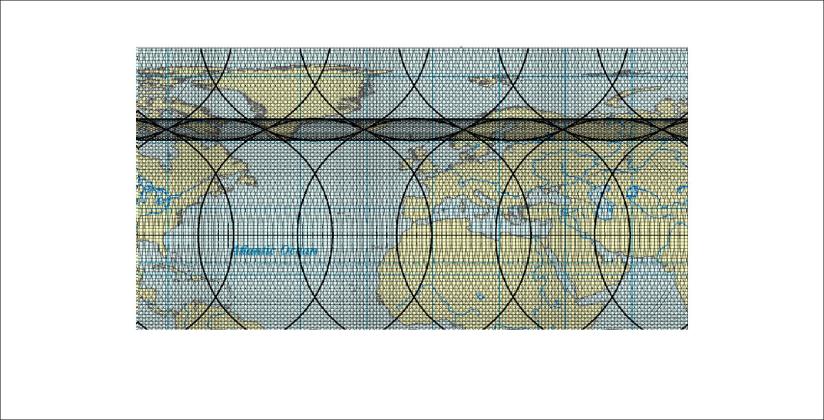 The horizontal paths between convection rolls of different layars are drawn on the map.

We can then zoom in on this map to the scale of Iceland:

The approximate location of the lake Langisjór is marked on the map.

Further zooming in gives us this picture on a google map:

The angle W47.85°N is a calculated value of the predicted alignment of the convection rolls causing the formation of volcanic zones in Iceland. Langisjór is a very good example because of its distinct volcanic features and the length scale of the adjacent volcanic formations.

I have a BS degree in geology, BA in anthropology, graduated in Chinese language and as a certified tourist guide. I provide this website about my contribution to answer the greatest question remaining about our Earth. I have analyzed the convection rolls within the Earth's mantle and how they affect the surface. This makes it possible to provide many interesting examples about geology found on my blog. View all posts by Steingrimur Thorbjarnarson