The eastern part of the NW-Peninsula and the Eastern Fjords of Iceland show remarkable resemblance. In addition, the angle between them is 44° of rotation, and the points of rotation are exactly 6° apart on 66.5°N and 64°N respectively as shown here: 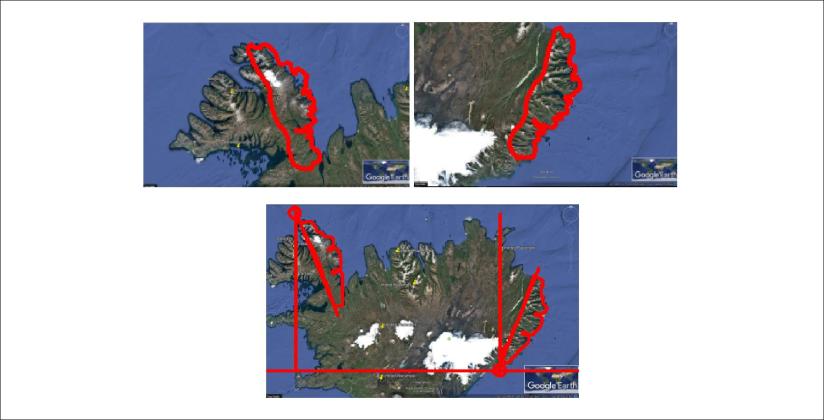 How can different parts of Iceland be replicas of each other? The answer must be found in the coherent mathematics and information about tectonic drift.

The sections are so alike that the north end of them both have the same name: Kögur.

As shown in previous posts, the middle part of the Western Fjords Peninsula has a similar shape as the Tröllaskagi peninsula. When mathematical preconditions repeatedly manifest themselves, showing clear resemblance with real circumstances, it becomes a proof of relevance of the background theory.